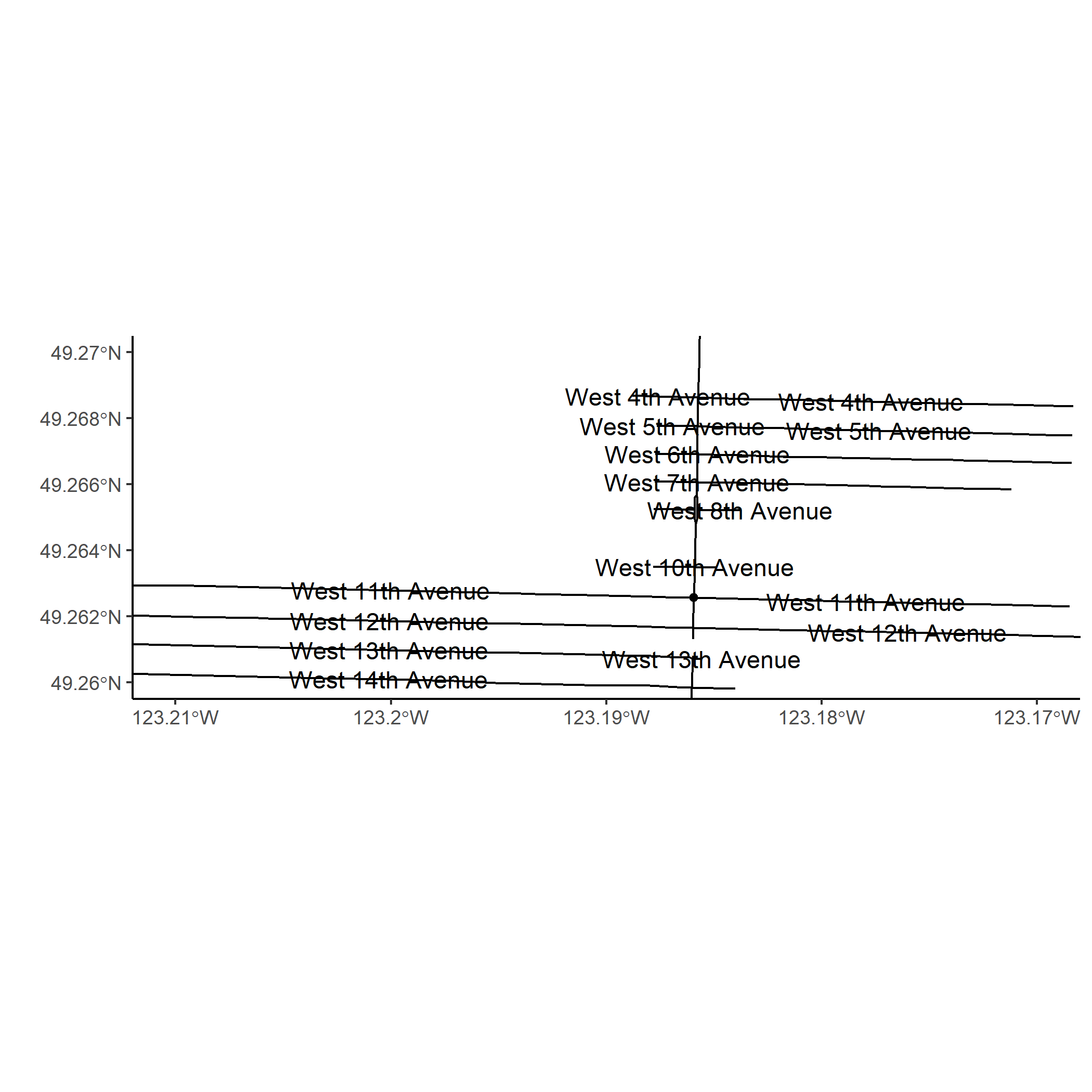 Sometimes, geographic information is given as street intersections rather than GPS coordinates or street addresses with house numbers. Intersections can be geocoded with Google Maps (Limited free usage with API), ArcGIS (paid software) or other web services which parse text and return coordinates. If you are lucky, there may be a government geocoding service for free.

On the other hand, you can perform your own geocoding of intersections by taking advantage of the detailed Open Street Maps data accessed with osmdata.

With osmdata, it is possible to download specific features of an area (buildings, shopping locations, streets etc) separately rather than the entire map. Here, all highways for Vancouver are downloaded and the resulting data is transformed into an osmdata object containing simple features data frames for manipulation and plotting with the sf package. 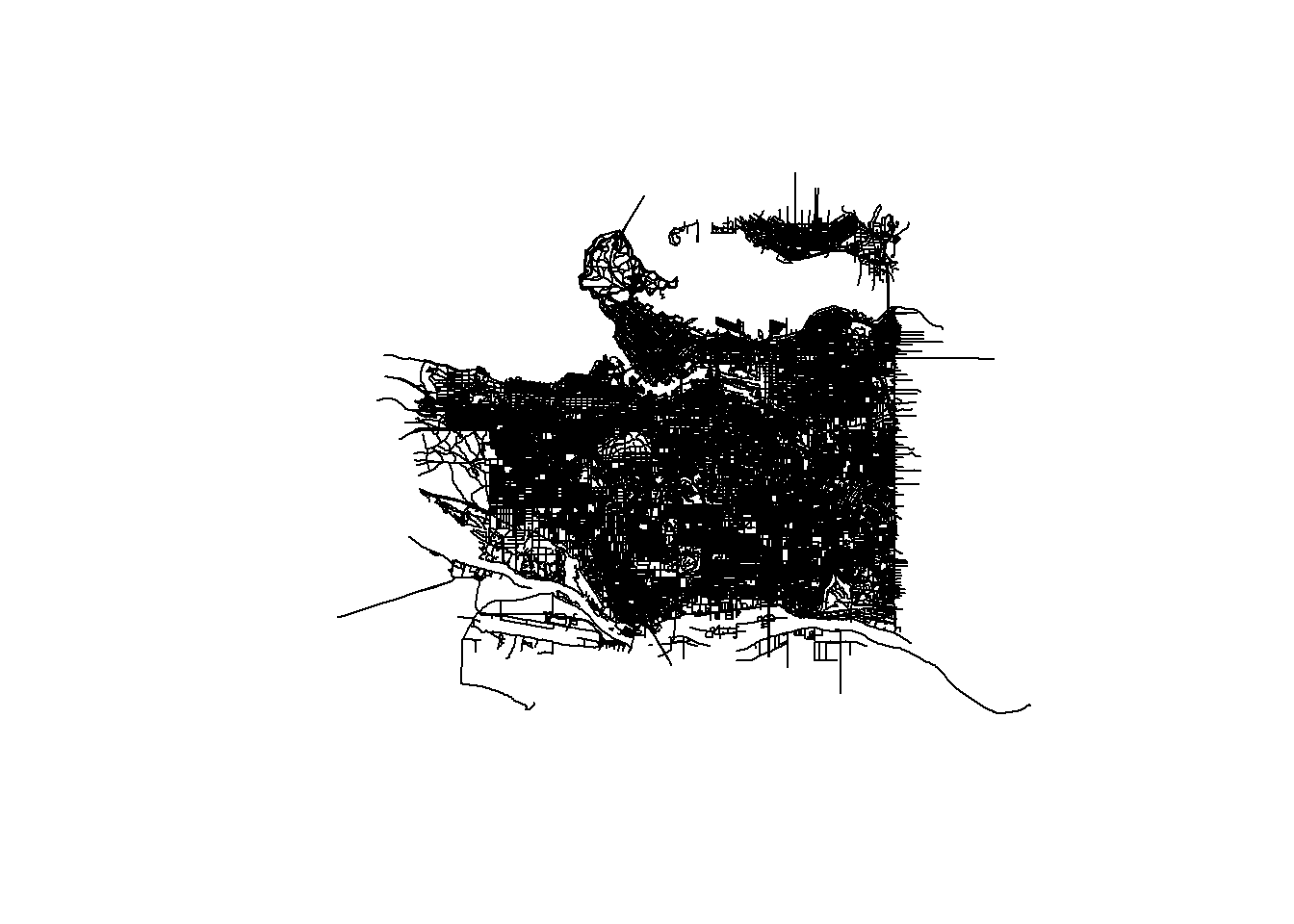 Through fuzzy matching and use of sf functions, it then becomes possible to geocode an intersection. In this case, the intersection to be geocoded is Alma St at West 11 Ave (see on Google Maps. I found the intersection and used “What’s Here” to get the coordinates).

The first step is to find one of the streets from the osmdata object. Street names are located in the name column of osm_lines.

Matching the name directly can fail if the formatting isn’t correct. For example:

OSM appears to use no abbreviations at all.

Using “street” rather than “st” works perfectly. However, abbreviations are likely to be frequent in data, and to avoid replacing every possible abbreviation (NSEW, Rd, Blvd etc), a fuzzy match is a good solution, especially with possible misspellings.

We can plot these matching lines and see that Alma Street is composed of several disconnected lines which reflect the real Alma Street. 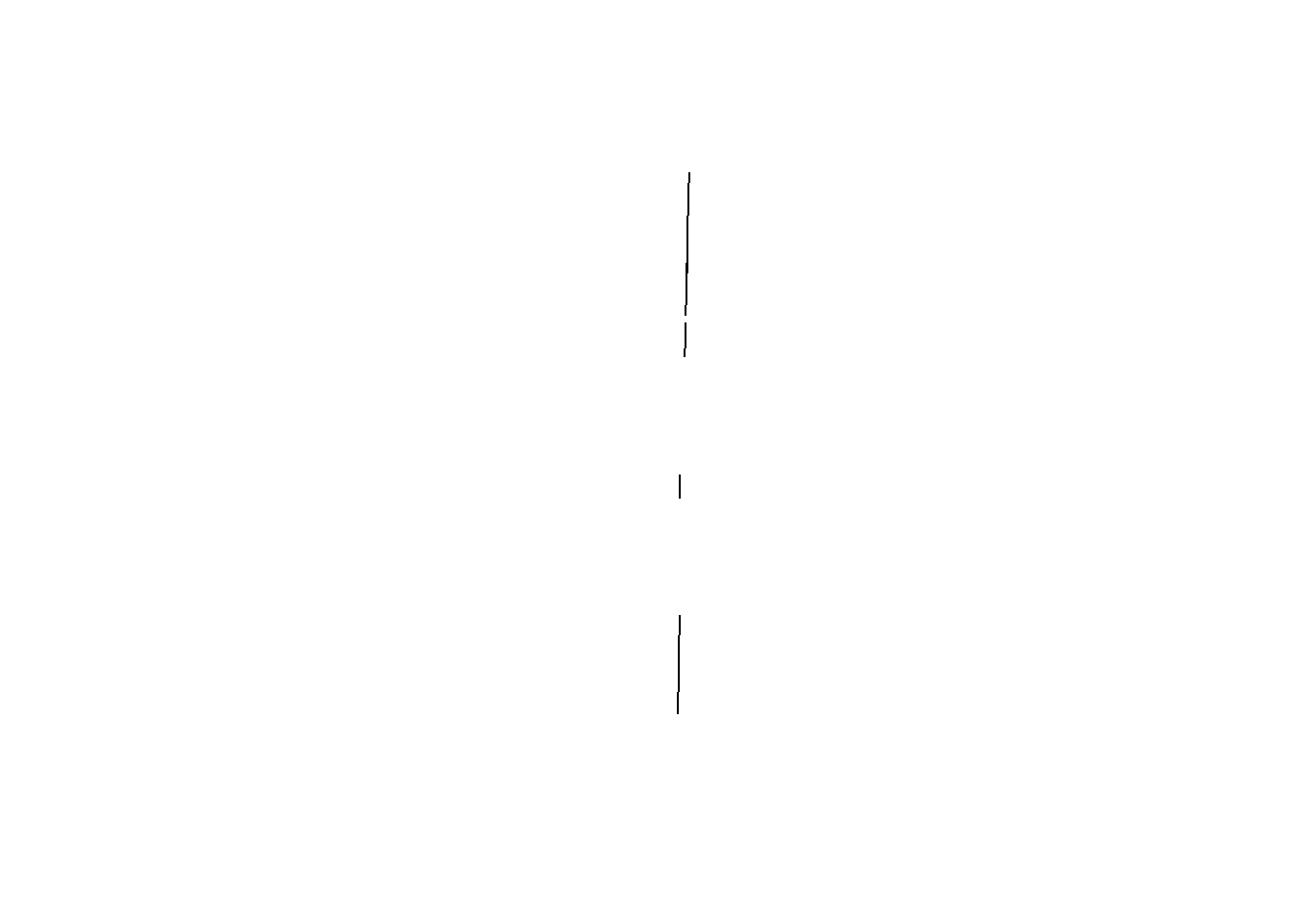 We first use osm_lines to find all the other lines (streets) that intersect with Alma Street to narrow down our candidates for the second street in the intersection. We pass in the OSM id of the Alma Street lines.

There are 82 streets which intersect with Alma Street. 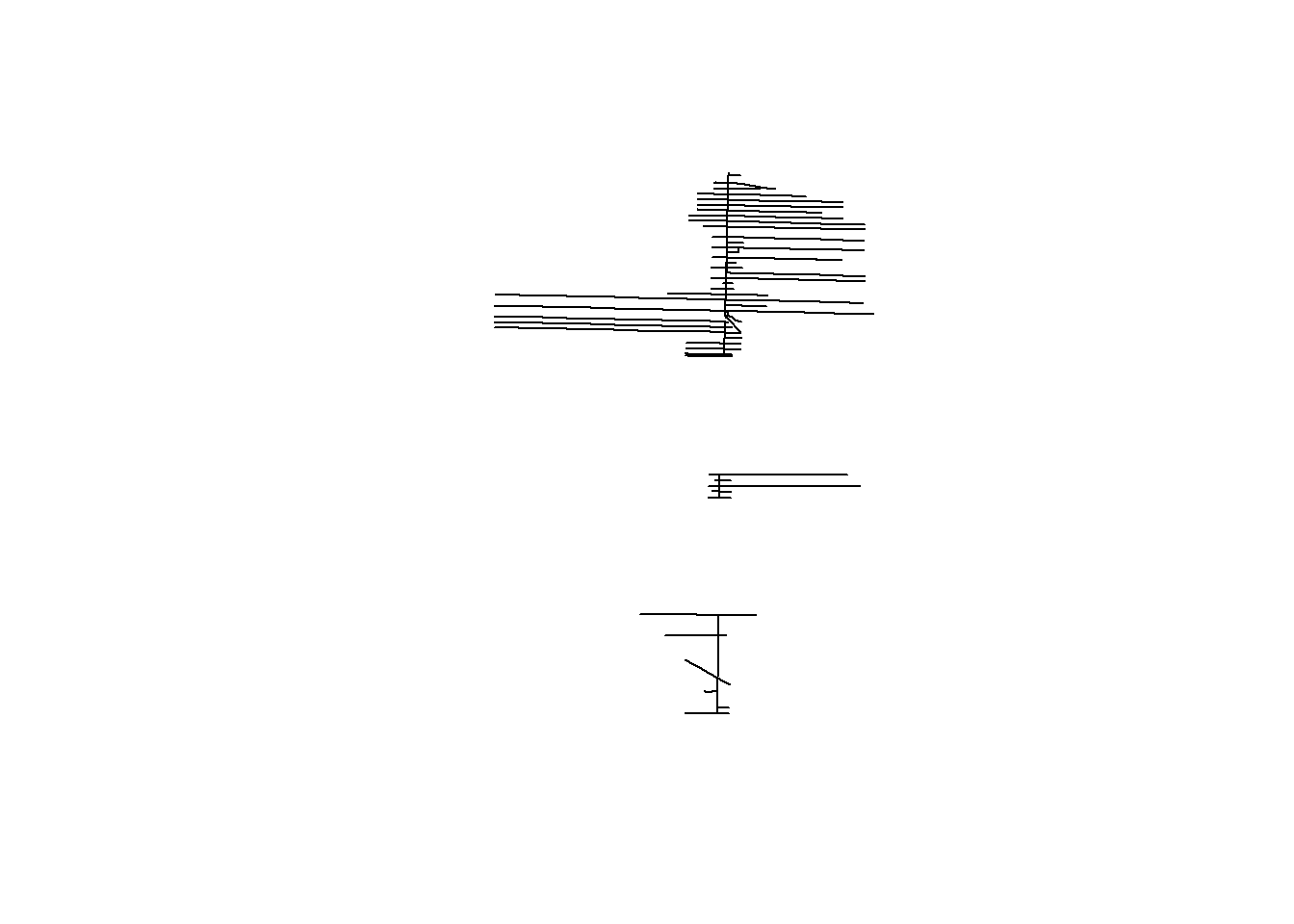 We can then use fuzzy matching again for “West 11th Avenue”.

There are a lot of potential matches. agrep returns so many because of the similarity of names.

Since the street names are so similar, we can compute the Levenshtein distance with adist.

Using the row indexes, the matches can be extracted. The two matches appear to create a connecting line. 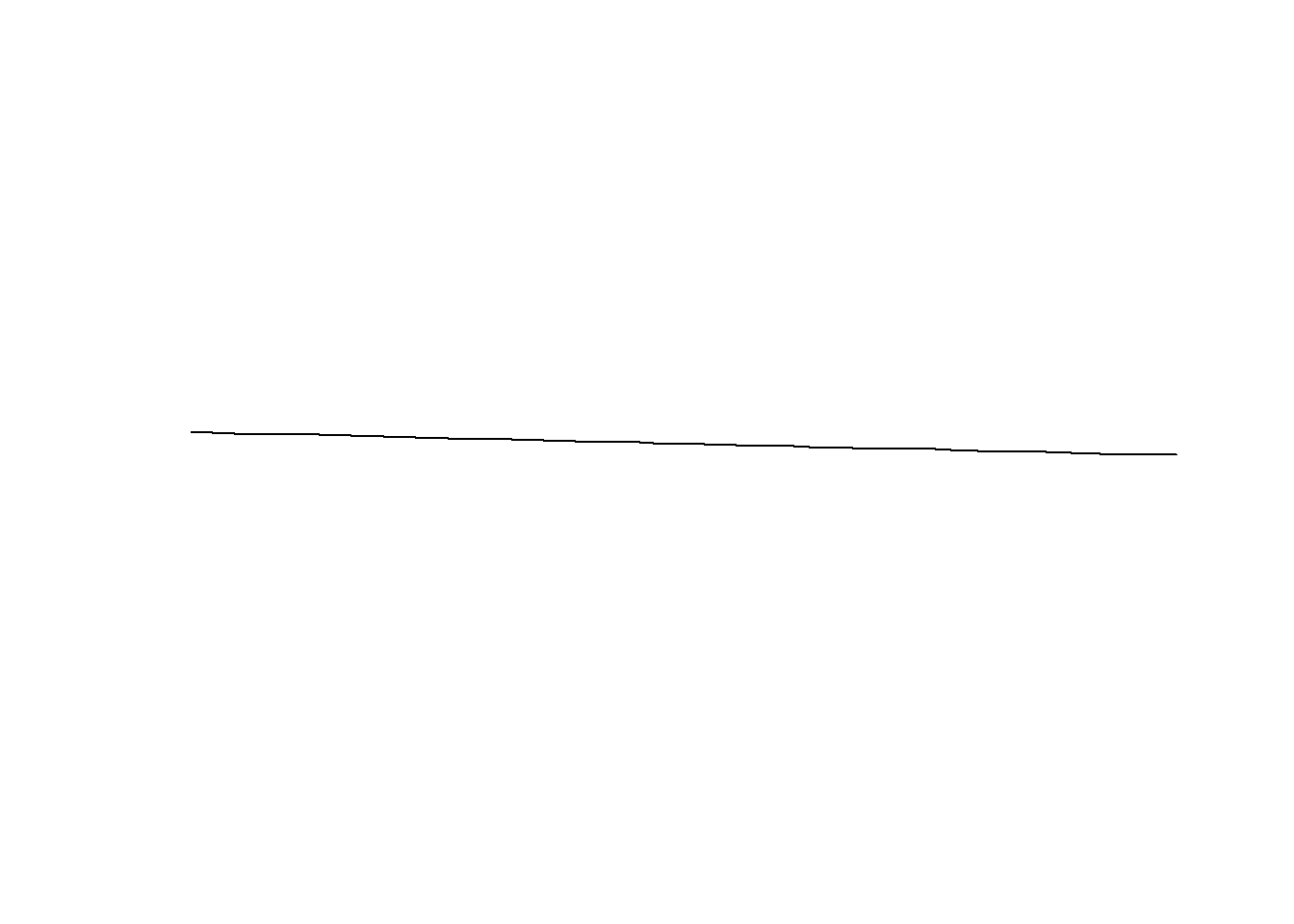 We can then find the intersection of West 11th Avenue and Alma with the st_intersection function from the sf package. 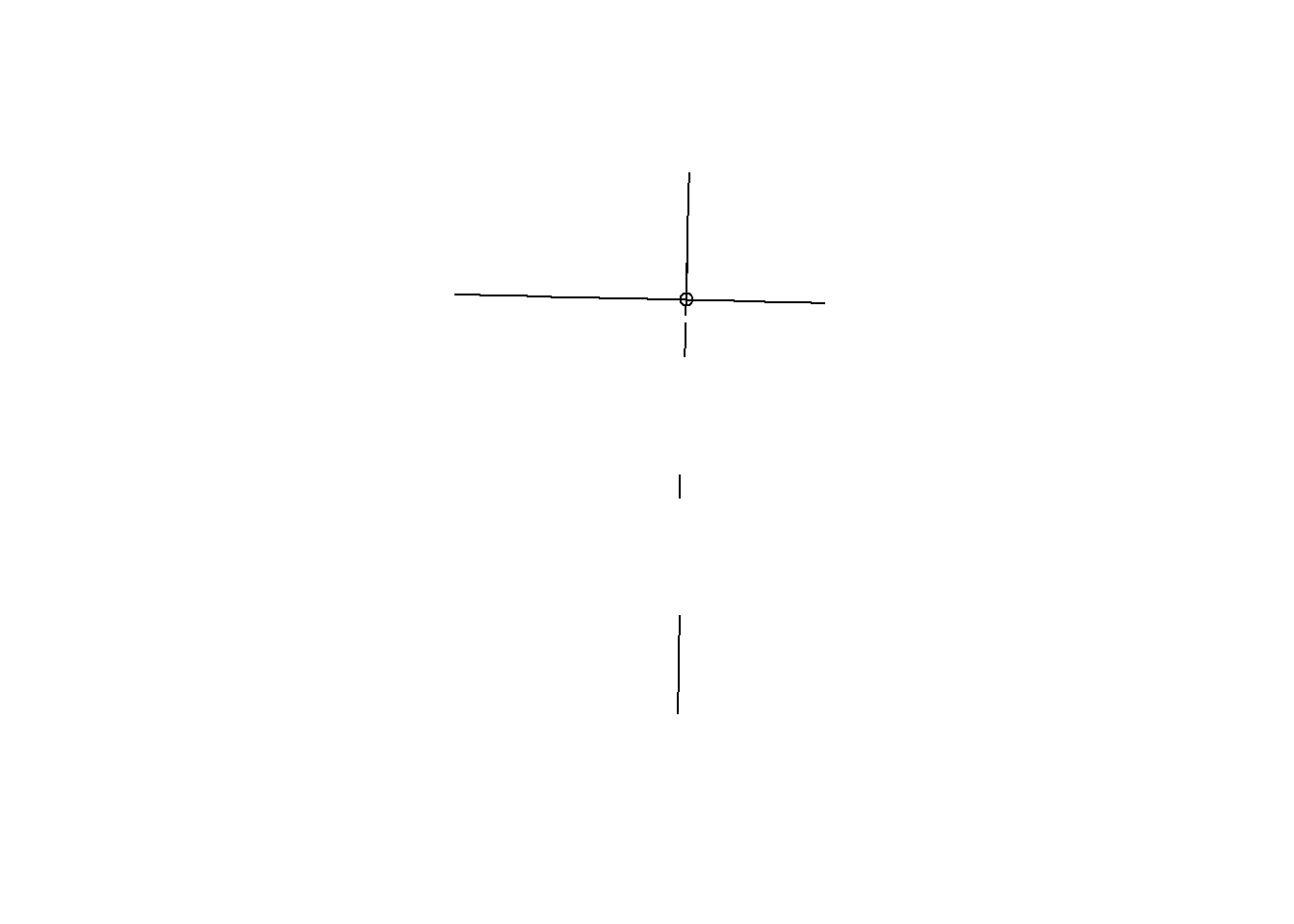 There are two points of intersection which overlap, possibly because both lines are West 11 Avenue line segments which intersect with Alma from opposite directions at the same point.

Here is the intersection plotted against all the streets with text labels. 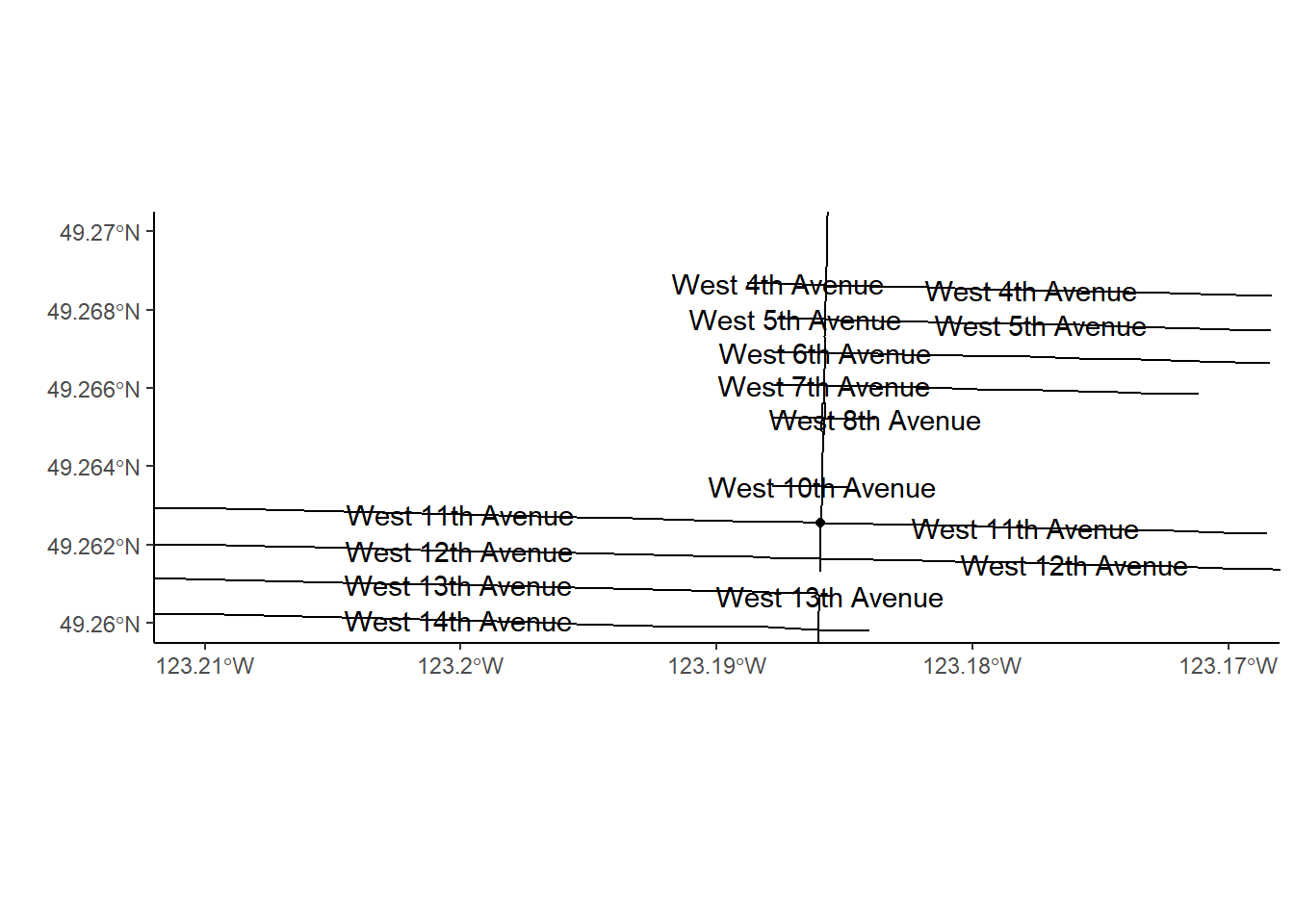 This example can be easily modified for batch geocoding. For example, agrep can be replaced with adist. adist can return a matrix if two vectors are provided. Then it would be possible to find the first street of multiple intersections in one function. Using optimized versions of functions such as min_max and rowMins from the Rfast package, and stringdist can also speed up the code.

One caveat about this method is having to know the general area for the geocoding. If the area is large, such as a country, the chances of getting a wrong match is higher. The OSM data can also get big in memory depending on the area. For example, vancouver_highways is approximately 220 Mb. Fortunately, it is possible to save the osmdata object to a file for future uses.